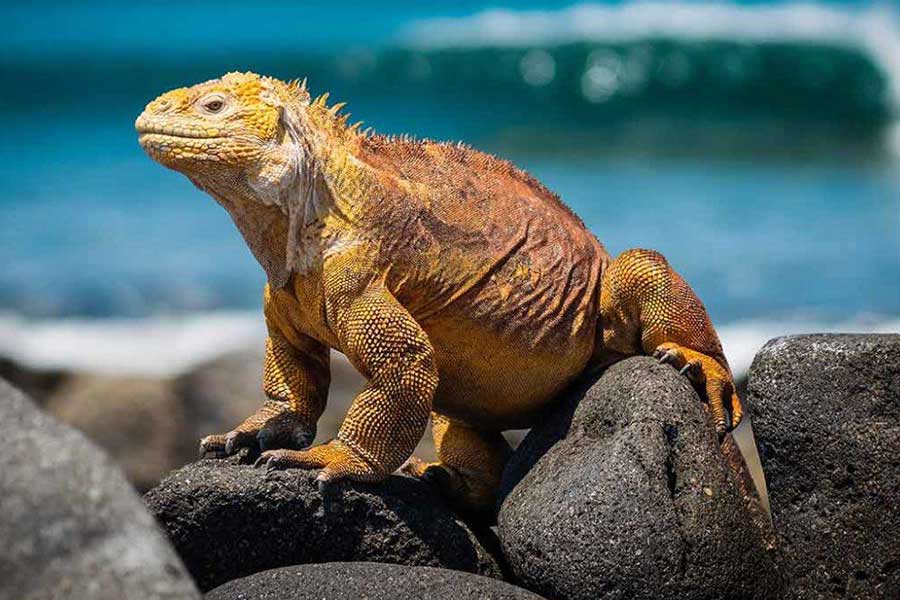 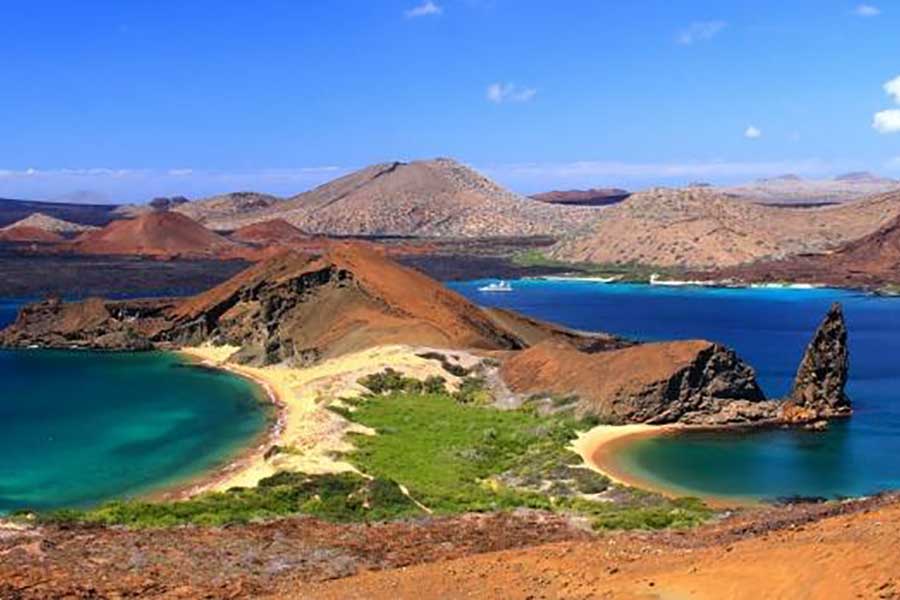 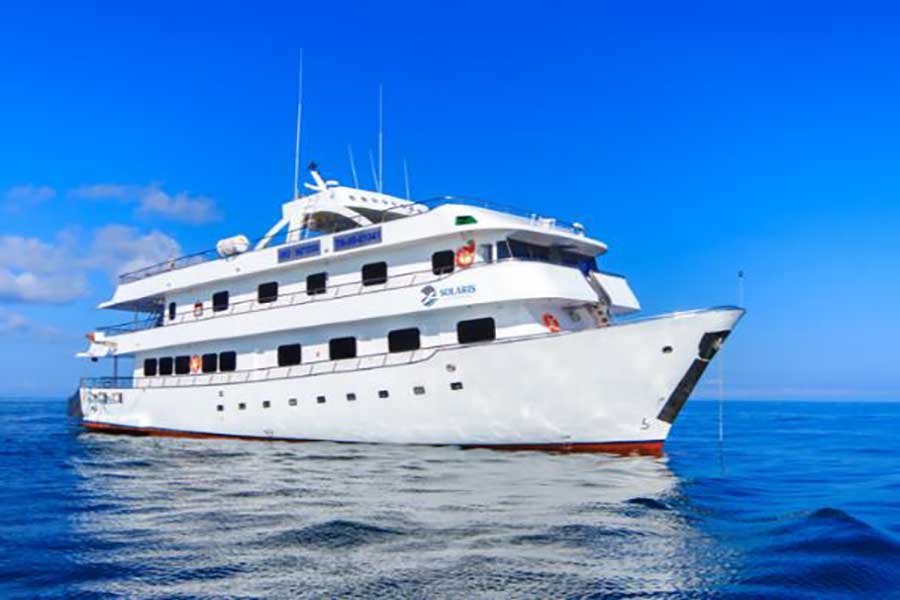 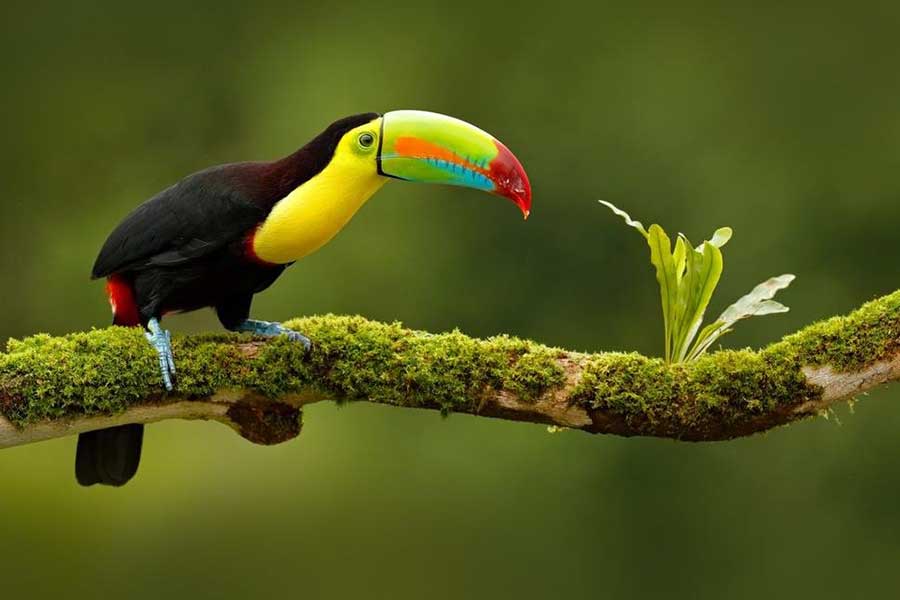 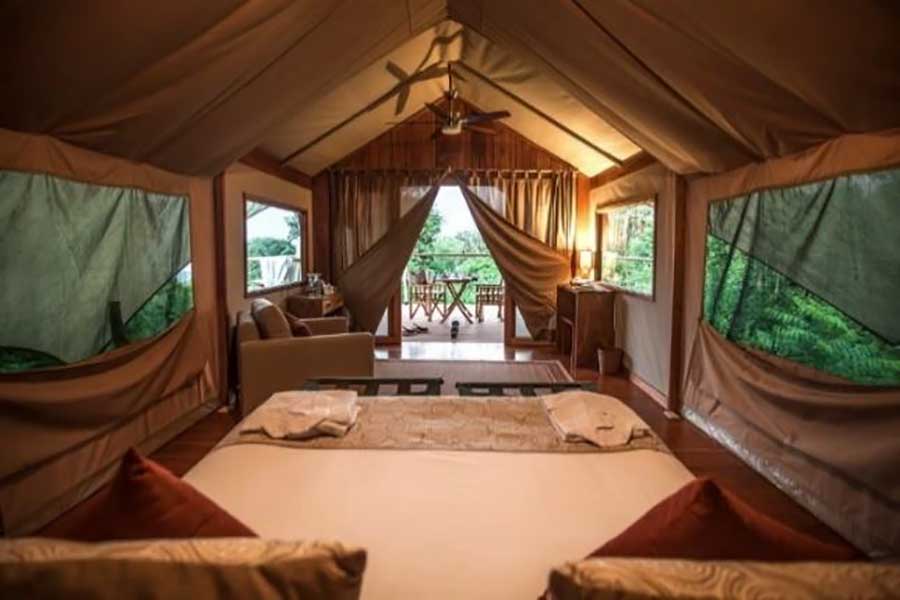 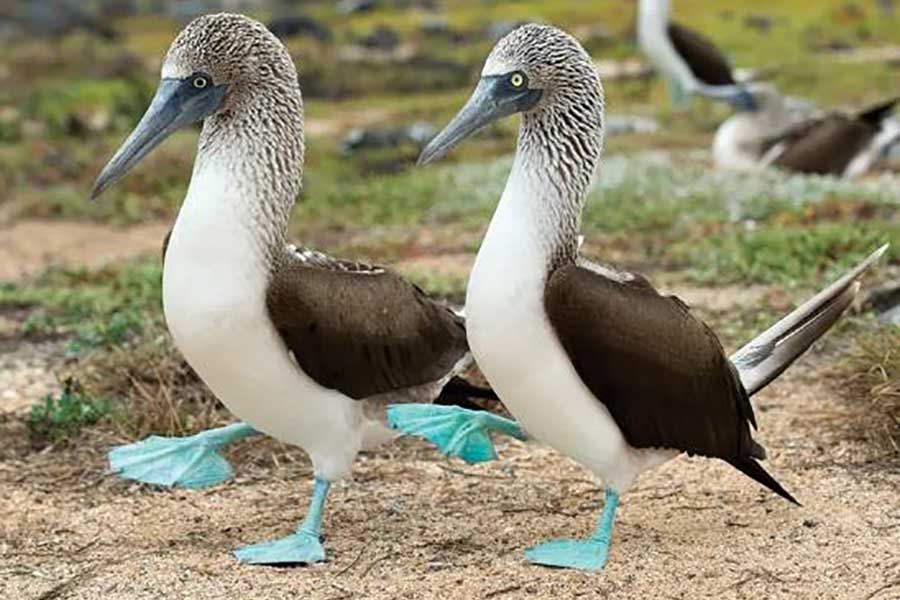 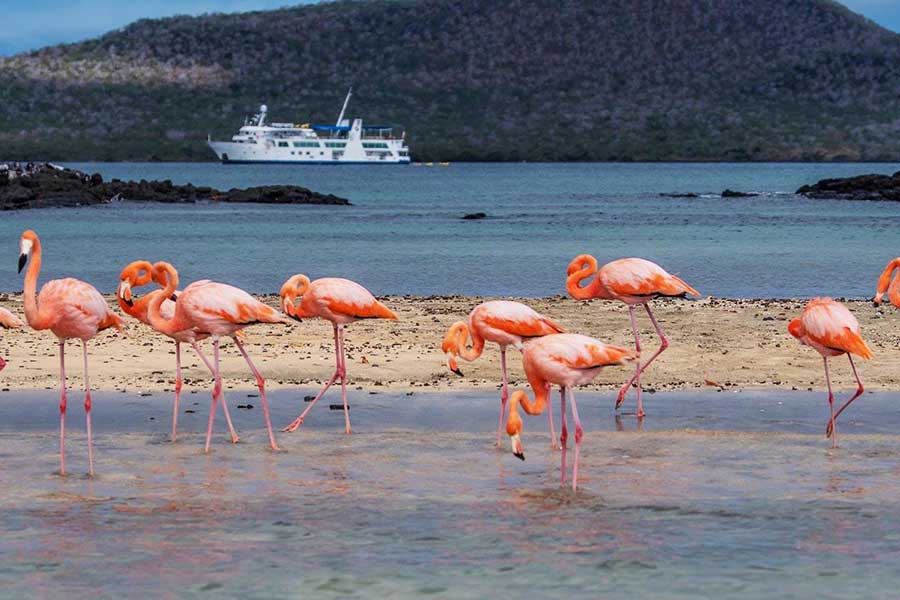 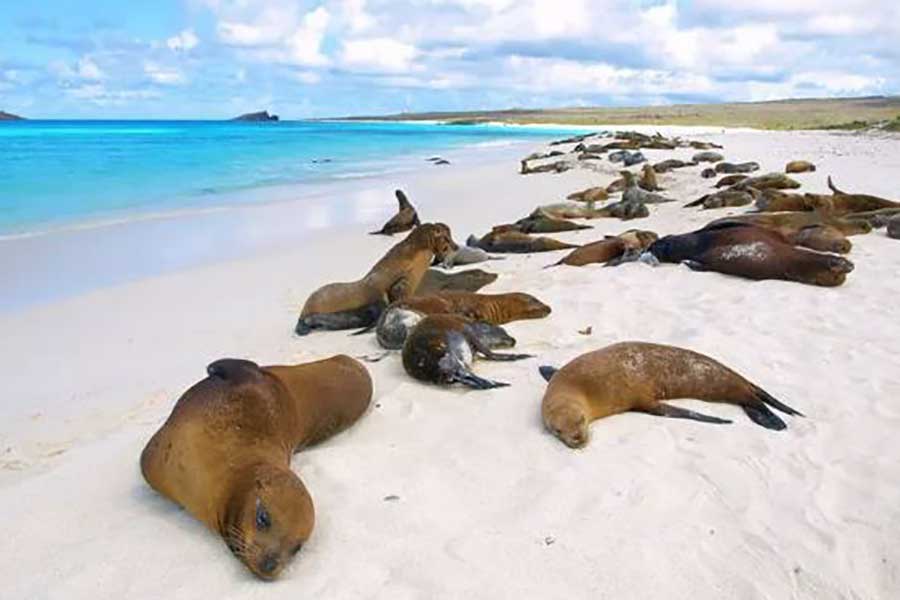 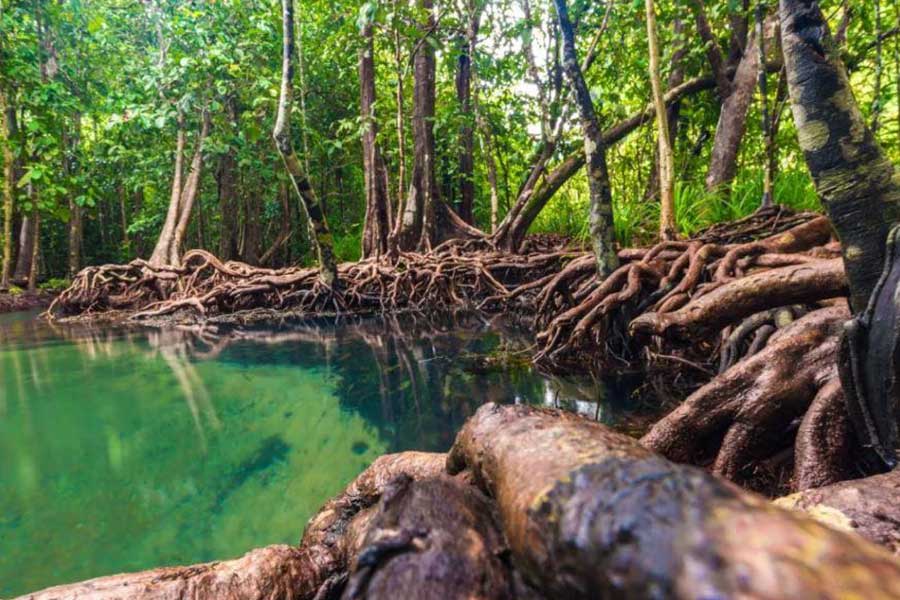 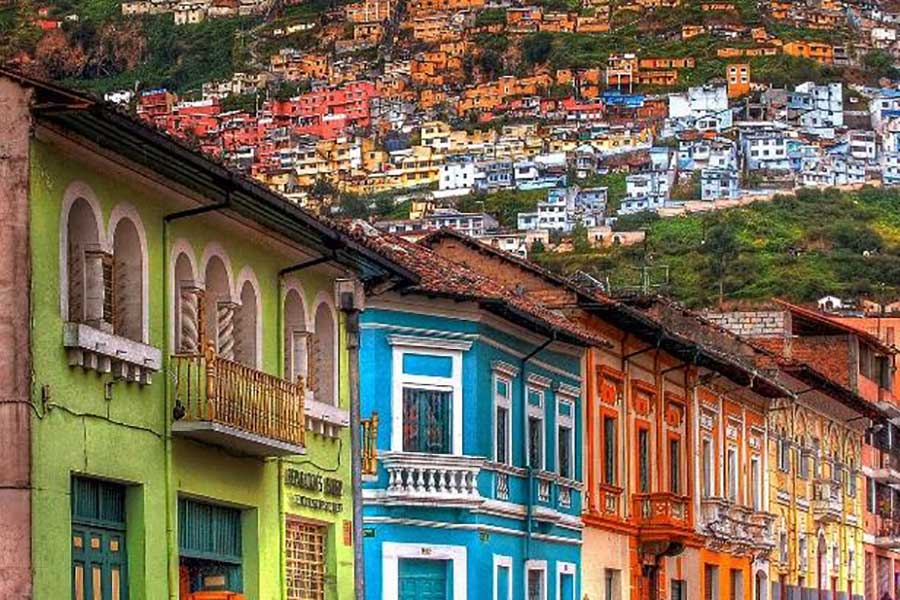 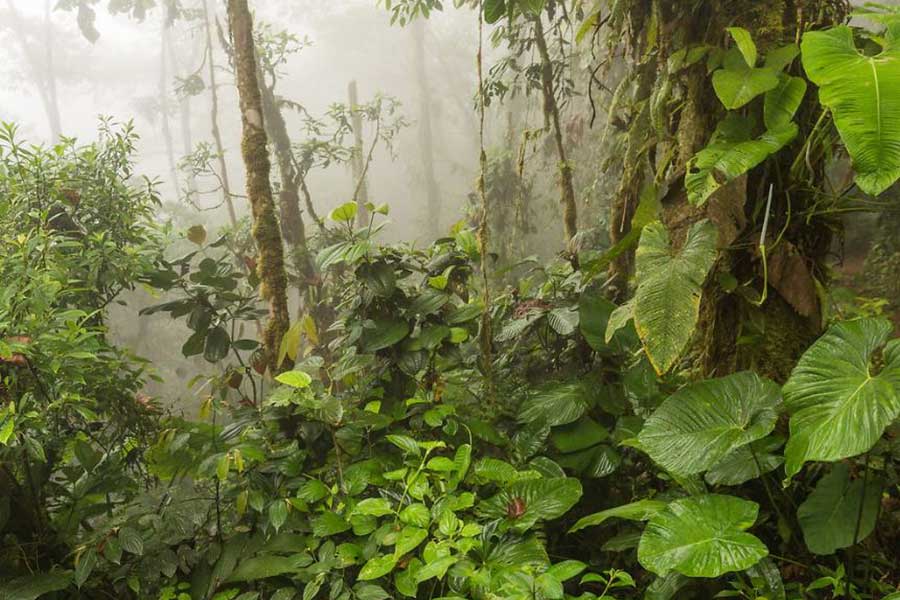 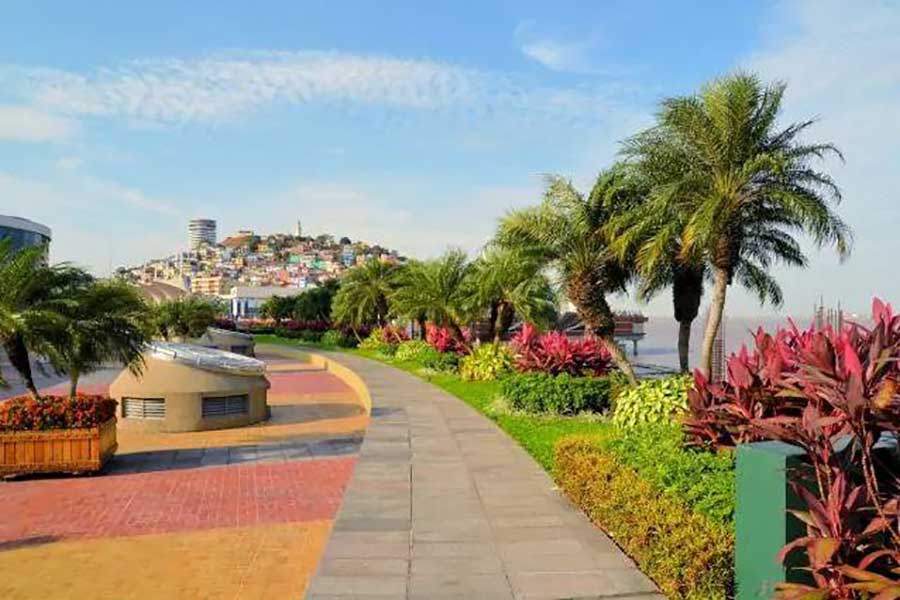 Ecuador and the Galapagos Islands
with Jerry Coleby-Williams

Touring the Galápagos and Ecuador will offer two distinctly different adventures rolled into one.

Both are biodiversity hot spots and both straddle the equator, yet the Islands of the Tortoises (Galápagos) are – geologically speaking – young and arid, whereas the Republic of the Equator (Ecuador) is mostly older and distinctly wetter with a great variety of climate zones from the frigid highlands of the Andes to the steamy, tropical Amazon rainforest.

One thing they do share is constant re-landscaping by volcanic activity.

On the mainland, Reventador (“The Exploder”) and Sangay volcanoes are currently erupting. Ecuador contains 33 active volcanoes and these are fuelled by the collision of two tectonic plates just off the coast. The relentless activity of these plates is forcing the snow-capped Andes mountains ever skywards.

Wolf Volcano, on Isabella Island, is one of 13 active volcanoes fed by the Galápagos hot spot. Fortunately, lava streaming from its most recent eruption avoided key habitat of the island’s threatened wildlife.

There are more endemic species on and around this archipelago than a tool-using Darwin’s finch can poke a stick at.

The Galápagos pink land iguana was only recognised in 1986, and this is one of the oldest events of species divergence known in the Galápagos. The entire adult population of these early adapters consists of 200 individuals, they occupy just 25 square kilometres of Isabella Island and their favourite habitat happens to mostly be around the crater rim of the active Wolf Volcano. Talk about living on the brink!

Our visit will coincide with garúa, the season which brings occasional, atmospheric fog and drizzle to this generally sunbaked archipelago, so keep your eyes peeled for tree opuntias harvesting moisture from the fog, and blooming wildflowers, such as the endemic daisy, Erigeron lancifolius, the aromatic tree Bursera graveolens (related to frankincense and myrrh), lava cactus and orchids, like the endemic crucifix orchid, Epidendrum spicatum.

We will see some of the unique Galápagos fauna that helped to shape Charles Darwin’s theory of evolution. Due to the absence of other species of birds a single species of tanager bird, nicknamed a finch, (Geospiza magnirostris) evolved into three other species… The tanagers adapted to new, empty, ecological niches, their bodies and especially their beaks altered allowing them to eat different types of foods such as nuts, fruits, and insects.

On this archipelago, reptiles have right of way on roads and tracks. Giant tortoises once roamed nearly all the Earth’s continents, but are now only found on these Pacific islands and on islands in the Indian Ocean.

There are twelve extant species of Galápagos giant tortoise. These migratory animals are vital ecological engineers, creating meadows as they graze. Weighing up to 300kg and living for up to 150 years, some that we see might have helped Charles Darwin document their speed when they were youngsters.

These gently ambling giants cannot swim, and yet soon after the Galápagos archipelago erupted from the ocean floor they managed to somehow colonise the islands from South America. Driven to extinction on some islands and the brink of extinction on others, these magnificent tortoises are slowly recovering but remain vulnerable.

Ecuador is one of seventeen megadiverse countries in the world, famous for having the most biodiversity per square kilometre of any nation.

The Andes mountains form the highlands, separating the coast to the west from the Amazon to the east. La Costa (the coast) is the most heavily populated and settled region with Guayaquil the largest coastal city. Warm and moist, fertile soils, sheltered valleys and coastal plains support rice, coconut, banana, pineapple and yuca (the local name for cassava) production and major fisheries.

The cooler La Sierra (highlands) is where most of Ecuador’s volcanoes and all of its glaciers occur. Increased melting of Andean ice is impacting on urban water supplies to some of the least advantaged people in the world, who depend on the rivers, which in turn depend on the melt water from the mountains to help them endure El Nino droughts.

Quito, the region’s largest city, is famous for refreshing drinks made from naranjilla, Solanum quitoense, the golden fruit of the Andes. The population is predominantly Amerindian Kichuaon, and many family farms raise guinea pigs for meat and llamas for wool, farming traditional crops of potato – in great variety – as well as onions, cabbage, corn and quinoa.

La Amazonia (the east) still largely consists of tropical rainforests, including both national parks and Amerindian lands under traditional ownership. Despite being known as ‘untouchable zones’, oil companies continue to operate in La Amazonia. The oil industry in Ecuador has a very poor environmental track record. Revenue from oil contributes significantly to the economy of this developing country but its activities are as controversial as coal mining in Australia.

There remain numerous tribes deep in La Amazonia that remain little contacted. Ecuador’s new constitution is the first in the world to recognise legally enforceable Rights of Nature, or ecosystem rights (2008).

Even by Latin American standards, Ecuadorian cuisine is intriguing and varied.

A consequence of the range of climate zones means each region we visit will have something different and local to try. Like coca tea, the perfect fillip for high altitude tourism. Biscuits, anyone?

With a focus on local produce, some dishes will only be available in certain districts, so please explore the menus. Even something as simple as naranjilla juice can vary from a hot, sweet fruit tea to an icy cold and salty beverage.

Outside of city hotels and restaurants catering for tourists, Ecuadorian favourites and conventions rule! For example, it is a convention that rice and a bowl of soup complete a traditional main course. I am looking forward to getting ideas for preparing plantain (cooking banana) and yuca (cassava) which I grow in Brisbane. Both are cheap and plentiful and they are served in as many ways, shapes and forms as pasta in Italy.

As in rural Asia, chicken and beef is not factory farmed so it will taste stronger and require more chewing. Guinea pig is Andean ‘chicken’ and is commonly served roasted whole. Goat is as popular here as lamb in Australia. River fish and seafood are widely available.

There will be plenty of exotic fruits and vegetables in markets to enjoy. I’ll be on the lookout for native peach palm (Bactris gasipaes). Its fruit and palm hearts are as popular and as widely used here as lemons in Australia. Potato soup and salads aren’t the cop-out they can be in Australia! In Ecuador, potatoes are extremely diverse in a country where hundreds of traditional varieties are grown on family farms. Expect anything other than McCain’s.

Slow food reigns in Ecuador and almuerzo (lunch) is almost sacred. If you’re tempted by pizza, hamburgers, French fries, and similar fast foods, they will be available, but street food retailers are really worth investigating and they offer interesting options you‘ll never find in an Australian mall. 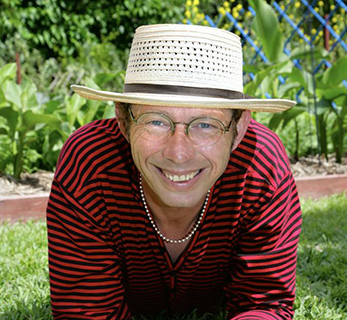 Please note our prices are subject to a minimum group size of 8 passengers (plus Jerry). Should numbers fall below minimum numbers we reserve the right to review full pricing of travel packages and registration costs.